So, another Folk Fair has come and gone.
For the shoppe, there were oodles of lovely customers, a staff injury or two, but mainly lots of fun.
In the grander Folk Fair scheme there were a few changes to the layout that worked well, lovely weather, a great crowd, and the fireworks display once again managed to top the previous year.
There were some newcomers, like Mike and his Great Australian Couch Tour, as well as the old favourites, like the Tumby Bay trolly rides and Dan Burt the One Man Band. Sideshow ally was in full force and the ice cream eating competitions were contested with the usual ferver.
And so begins the countdown to Folk Fair 2014! 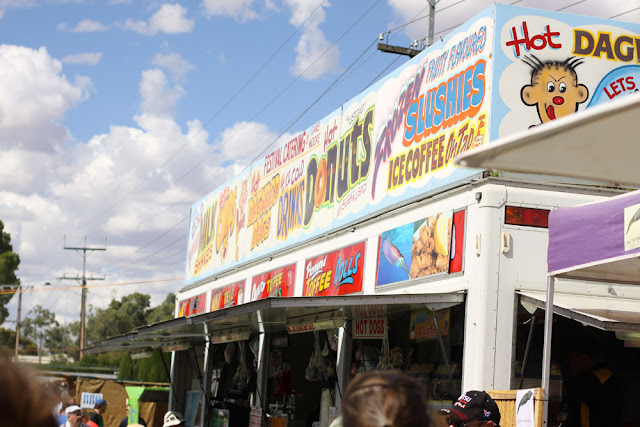